After escaping the avaricious emir of Kano, Barth moved east towards Kukawa, capital of the kingdom of Bornu. He expected to reunite there with his two European colleagues. Meanwhile he was broke. He fell in with a worldly Arab trader traveling with his concubine and her slaves. When the trader offered Barth coffee and fine pastries served on napkins, the explorer was mortified that he could offer nothing in return but “a couple of young onions.”

He passed through small towns with busy markets, through grass-hut villages where women sold foodstuffs on the roadside. He admired the stately trees—figs, tamarinds, acacias, shea butters, kapoks, occasional doum palms and baobabs. He noted fields of corn and millet, and granaries woven from reeds and built off the ground to foil rodents. Silage nestled in the crooks of trees, beyond the reach of the lyre-horned cattle. Slender graceful women walked to market carrying towers of calabashes filled with milk on their heads—a feat that would thrill a circus audience but was here an everyday skill. Such scenes hadn’t changed in the 150 years since. 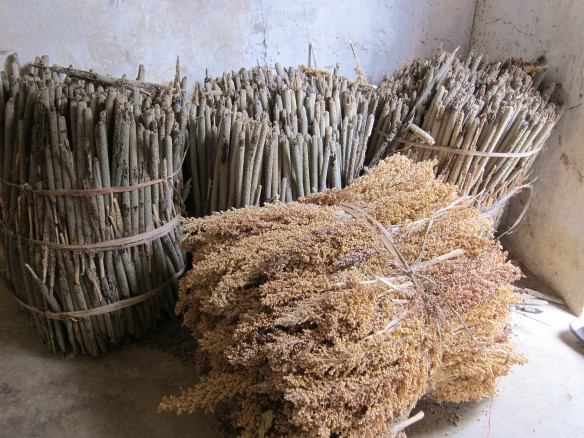 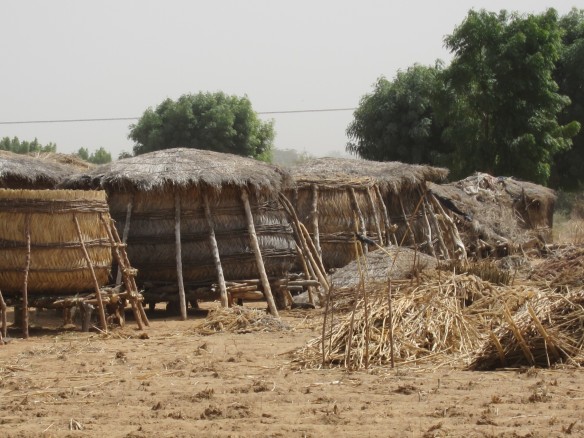 His first major stop was Gumel, four days and 85 miles northeast of Kano. It was “a most fortunate and lucky day for me,” he wrote, because he found mail waiting for him—his first messages from Europe in 10 months. Almost nothing buoyed the spirits of an explorer more than letters, or depressed him more than long silences from home. For Barth the mail was doubly exhilarating, since one envelop was heavy with two Spanish dollars, salvation for a man who had been living on “air and debts.”

Barth called Gumel a frontier town because it marked the westernmost outpost of the Bornu empire. It was a cultural and linguistic frontier as well. Hausa and Fulani began giving way to Kanuri, and still do. When Barth first visited in 1851, Gumel was calm and prosperous, with 300 market stalls. When he returned in 1854, war had scorched the region. Barth called on Gumel’s emir in the charred ruins of the royal residence.

When we arrived, Gumel was again a bustling place of entrepreneurial mayhem. The emir’s palace looked rundown, with busted windows, yet two royal guards in red and green lounged near the entrance. Outside of town, several cheerful women were talking and pounding millet. I asked to take their picture. Wonderful! they said, never altering their throbbing rhythm. Then one of them asked for $200. The others laughed and promised, in high voices that carried over the thudding of their wooden pestles, to pray for us. 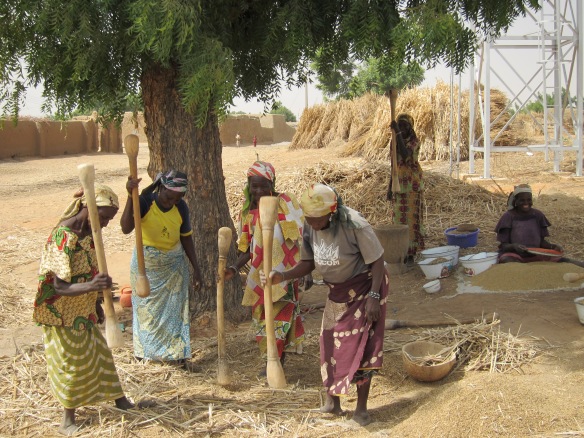 At Hadejia we turned northeast towards the Sahara. Dust thickened the air and the land flattened. By this point in his journey, Barth had become “very fond” of a dish called fura in Hausa, ghussub in Kanuri. He often depended on it for nutrition.

Fura remains essential in central Africa. Nasiru Wada and Nasiru Datti both were devotees. Near the town of Birniwa we saw two women selling the dish on the side of the road and pulled off for a fura break. Nearby, men in Islamic robes squated on their haunches beneath neem trees. Dogs panted in the red dust.

Nasiru asked one of the women to make us some fura. The process was still just as Barth described it. She uncovered a calabash of sour milk and dipped out enough to fill a larger calabash about halfway. From another calabash she took some dense gray-brown orbs the size of ping-pong balls. These were made from millet flour that had been moistened into paste, rolled into balls, and simmered in water. Some women flavor their fura with cloves or other spices. In the Sahara, Tuaregs often add powdered cheese.

The woman put the fura balls into the calabash of milk, sprinkled in sugar, and began stirring vigorously with a large spoon, mashing the balls to thicken the milk. When the dish was ready, we passed the calabash around, gulping from the dipper. It was delicious and tartly refreshing, like clumpy thin yogurt. The bill was 50 naira, about 35 cents.

Shadows were lengthening, and we were her last customers. She stood up. She had been sitting on a 16-ounce can. To close shop, she built layers on her head: first a thick folded cloth, then the can, then a thin woven ring as a stabilizer or trivet, then the three covered calabashes. On top went a small pot of water. She joined her fura colleague and sauntered casually toward home beneath her vertical inventory.